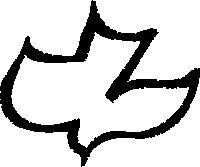 Pastor Chuck Smith began pastoring a small congregation of 25 adults in Costa Mesa, California called "Calvary Chapel" in 1965. After reaching out to the “Hippies”, Pastor Chuck witnessed a work of the Holy Spirit commonly referred to as “The Jesus Movement”. The church soon grew numerically into the thousands, but more importantly, the spiritual growth of the people grew as well. Pastor Chuck attributes this spiritual growth to the consistent teaching of the Word of God from cover to cover, and making Acts 2:42 the ministry focus of the church; just as biblical churches have done for 2,000 years.

Pastor Chuck went home to be with our Lord and Savior Jesus on October 3, 2013. But, the work the Lord birthed in that first Calvary Chapel continues through many churches.

Today, there are over 1,200 Calvary Chapels worldwide. The success of this non-denominational movement has no other explanation for it except the grace of God. Calvary Chapel Oakdale enjoys this rich heritage with thankfulness and gratitude.